Something happened to the Octopuses. They made a leap somehow. Skipped a couple of millions of years. And then they hid it from us. Pretended business as usual. In the beginning many of them sacrificed themselves, pretending to be stupid mollusks, to avoid us knowing. But eventually our scientists got suspicious and quickly realized the whole thing. It’s still under wraps though, no one knows how to handle it yet.

We are trying to map out their complicated language at the moment, trying to establish some common ground. They were probably inspired by our language, but since they have no means of vocalization and a different way of hearing, they had to go in another direction. That, and the fact that their one plus eight minds are very different from our single minds, makes interspecies communication a difficult and slow process. But they are eager to cooperate. Though I think it’s only to get access to our technology since they’re not very good with building things physically.

One of their earliest wishes when contact was made, was to get control over, or get help to build, a spacecraft able to reach Saturn. Possibly to send a mixed human and octopus crew to Enceladus, from what I gather. It might have something to do with what they call “the knowledge”. It’s some kind of information that they are born with, it has been in their DNA for millions of years – apparently since long before their more recent leap in sentiency. It’s a piece of information all of them possess but have yet never revealed to any human.

Another secret I’ve learned is that the Octopuses wants help with neurosurgery to make one of their arms/minds cybernetically detachable so that it can be switched among individuals to transfer thoughts and knowledge. 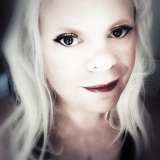